Without the Irish Police (Garda Siochana), the largest illegal medical experiment ever perpetrated on the Irish people would not be possible. They are the muscle of the Irish Government’s tyrannical lockdown policies that have no basis in science. They are the enforcers who are breaking the Irish constitution by impeding the lawful way of Irish citizens at ‘Covid checkpoints’, for a virus with a survival rate of 99.98% that causes less mortality than any other illness in our hospitals. Today they’re arresting Irish people for praying on the feast of St Brigid.

“Lockdowns are, by their nature, an entirely untargeted and indiscriminate approach to a health issue, and the prohibiting by law of millions of healthy people from having contact with other healthy people is a feature, not a bug of a policy that was untried and untested before it was first implemented by the Chinese Communist Party in January last year, then copied by many Governments around the world thereafter.“ (From ZeroHedge)

If only there were any real men left in the Irish Police force willing to stand up for the constitution they swore an oath to defend. Or stand up for the people in nursing homes who were MURDERED by Irish politicians and the filth in the Irish health service who sent Covid-positive patients into nursing homes full of chronically ill people, when hospitals were empty by their own statistical reporting. A crime has been committed: the Irish Police would rather dance like clowns for Mi5’s Drew Harris, rather than investigate.

If only they would investigate politicians lying about ‘case numbers’ all year based on a faulty meaningless PCR test, unconstitutionally locking people down and causing so many suicides and missed disease screenings and treatments.

Or are they all simply as brainwashed as the rest of the public service, more intent on taking a pay cheque to imprison their own people, while unlawfully gathering themselves to dance like muppets?

Are the Irish police fairies jealous of the nurses who danced all year while people were dying of suicides and missing disease screenings due to empty closed hospitals? Do the Irish police want people to stand at their doors and clap for them now? These are the ‘men’ of Ireland’s police ‘service’.

Im lost for words. Must have been a busy day in the station. Do as we say and not as we do, it seems. I’m sure there is some logical reason for Gardai dancing and I’m looking forward to hearing it. Maybe it was recorded during the easing of restrictions😀 pic.twitter.com/n0cS26rHY1

Meanwhile the Irish Independent (who applaud the dancing in their article linked above) via reporter-puppet Fionan Sheehan – another biased Irish journalist misrepresenting the truth to fit the establishment narrative – slandered many of the worshippers in one of Ireland’s main national newspapers and chief Covid-propaganda outlets.

In the article, best-boy in the class Fionan says:

“Gardaí arrested three people and fined others in an incident at a holy shrine outside Dundalk, Co Louth.
A group of 30 people had gathered in the car park at St Brigid’s shrine at Faughart, north of Dundalk. February 1st is the feast of St Brigid. There are conflicting accounts of what the group was doing at the shrine, with suggestions they were anti-Covid-19 restriction activists.

This is character assassination in Public prior to trial.

He also wrote, “The gathering was in breach of current health regulations.” The Independent is NOT a judge and cannot find a defendant guilty and make a Public pronouncement in that regard.

Gardai arresting people for their god-given constitutional right to pray.

The Irish media playing their part in the Covid lie by defaming those involved.

Just another day in the most corrupt country in Europe.

The Irish Police are trying to make an example of people. The ‘Gardai’ are helping the wider Irish establishment’s attempts to KILL our spirit and all hope, by trying to destroy our minds with non-stop lies and nonsense regulations for a Cold-virus.

They will not succeed. Hold firm in the face of these scumbags: do not take their experimental vaccine.

Stymie their corruption by informing others of their deceit. 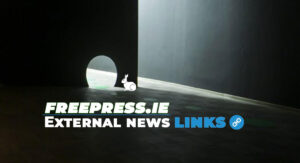 Can Trump still save the free world? Yes He Can – here’s how…

‘The ones who refuse to obey risk ruin, imprisonment, and sometimes, death…’